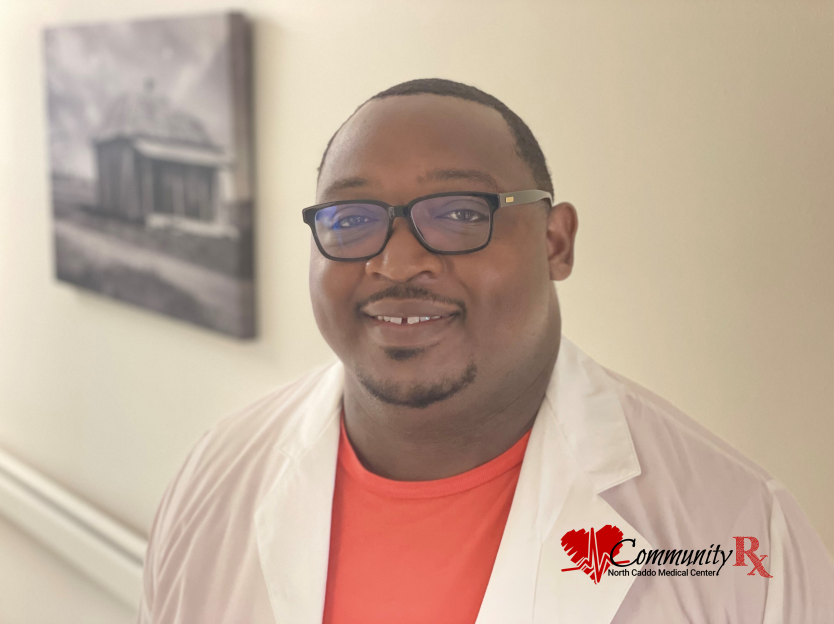 Ricky Jackson, Pharm D, has been officially hired as the Pharmacist-In-Charge. Jackson is tasked with the responsibilities of running Community RX and carrying out all the steps of opening a new pharmacy. “It is such a great opportunity to be involved from the ground floor of adding pharmacy services for my hometown,” says Jackson.

Years of progressive experience in high volume pharmacy services, including administering vaccinations, will be brought to the North Caddo Community by Jackson. As the Pharmacist-In-Charge, Jackson will ensure the successful operation of the community pharmacy, including attaining results in exceptional customer service, sales, gross margin improvements, inventory purchasing, management, expense control, staff development, and concerns. All local, state and federal regulations will be met and enforced by Jackson.

Jackson is an alumnus of North Caddo Magnet High. He also attended local North Caddo Elementary Middle School, then known as Vivian Elementary Middle School. He obtained his bachelor’s and Doctor of Pharmacy Degrees at the University of Louisiana at Monroe. Dr. Jackson is licensed through the Louisiana Board of Pharmacy and the Texas Board of Pharmacy. He holds certifications for Pharmacy-Based Immunization Delivery, American Pharmacists Association Compounding Laboratory Training, and Professional Compounding Centers of America, Inc.

Dr. Jackson speaks affectionately of his childhood in Vivian and his memories with lifelong friends. He is looking forward to creating a career in Vivian, Louisiana, where it all began, and serving his community.